The writer has been a client of Larry Alberta since he was in Beauty School at Pittsburgh Beauty Academy. They sat down recently to talk about his 45+ years in the hair industry.

Do you still receive training?

Yes.  For example, a few years ago, I took the entire staff of the salon to New York City to attend the Annual Hair Show.  We participated in some great training, and it was a terrific teambuilding experience.  At this point in my career, having a great team is the goal, so a lot of the training is in-salon training that I provide to the staff.  Although I’ve curtailed a lot of my traveling since I opened Alberta Modern Hair, I now have the opportunity and pleasure of bringing the educators into the salon. I try to offer in-salon training on a regular basis and have hosted many educators in my salon.

I’ve had so many great opportunities to learn from stylists all over the world, and I try to pay that forward for the stylists who work at Alberta Modern Hair.

This business is constantly changing, and it’s important to stay up to date.  Just as the haircut is the foundation of a great hairstyle, keeping abreast of the changes in the business is foundation of having a great salon, and I hope that is what Alberta Modern Hair is to our clients.

What do you think of the very long hair we are seeing today? 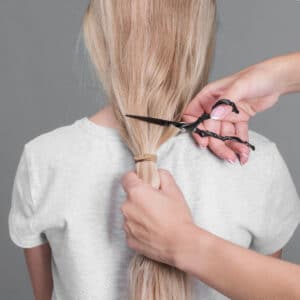 To me, most important is the quality of the hair – and that takes good treatment.  The future is about shiny healthy hair no matter what color it is, no matter what length it is.  Maybe we’ve become sidetracked because of business and trends but we need to get back to healthy hair with a good cut, and then begin again. Today’s trend of very long hair is concerning to me, because that very long hair is old hair, and sometimes it has been overprocessed to the point of being dry and unhealthy looking.  Personally, I would much prefer to see hair that is healthy and shiny with a great cut.

Is Alberta Modern Hair a reflection of your personal style?

Yes – I wanted to put my own “self” into the salon.  I didn’t want Alberta Modern Hair to look like a run of the mill hair salon.  I’d reached an age where I wanted to do something that expressed my character – and that translated into a salon that is minimalist, clean, spacious.  I wanted the salon to be visually appealing with a musical influence.  I play good music in the salon and keep the noise and confusion to a minimum.  I’ve installed black and white photos of some of my favorite recording artists. We keep the vibe upbeat and energetic but not chaotic.  In fact, we have sign in the break room that says, “Silence is Golden.”  Not because I want people to be silent, but because I believe the stylist must listen to understand a client’s needs.  I remind the stylists that it’s not necessary to talk all the time.  When our clients are in our chair, they deserve an hour of calm, and I think they really appreciate that.

How long have you had your own salon?

My sister Debbie and I opened the Alberta Mace Salon in 1988, and we worked together for 14 years, until I opened Alberta Modern Hair in 2002. So, I guess I’ve had a salon for 34 years! Next year will be 20 years at this location, and the Alberta Modern Hair salon has evolved, but we’ve stayed focused on combining comfort and style. And I continue to stay focused on bringing the best to our clients.

So, after 45 years in the industry, what can you tell us about the changes you’ve seen? 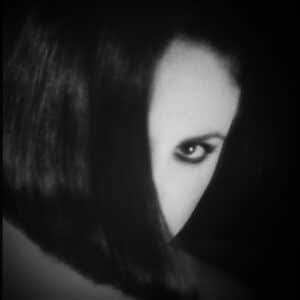 The 70s are considered the Golden Era of Hairdressing.  That was when hair cutting became “the thing.”  Learning the craftsmanship of giving a good haircut was what it was all about.  That has been invaluable to me over the years, and I still believe that the cut is the foundation of a great hairstyle.

Prior to the 70’s, the beauty shop employed beauticians who were trained in the “set and comb out” way of hairdressing.  They would put curlers in the client’s hair, place multiple clients under the hairdryer, and when the hair was dried, they would comb out and set the hair with lacquer.  The women would go home, and not do anything to their hair until the next week, when they would return to have another set and comb out.

In the 70’s we saw hairdressing change dramatically.  Vidal Sassoon was the visionary who brought the haircut to the fore.  We went from “set and comb out” to “haircut and blow out.”  His geometric haircut is what inspired me to get into the business.  He believed that a good cut didn’t need the lacquer – and a good cut should fit the client’s face.  It was no longer okay for everyone to leave the salon looking the same.  Sassoon raised the bar, and cutting the hair became an art.  Sassoon’s motto was “if you don’t look good, we don’t look good.”  I try to bring that to life in my salon.  My best advertisements are my clients!  Cut and finish is where we are today – a good cut, finished with great product.

In the 70s it was geometric. The shag was popularized.  The 80s were all about the perm. Hair was permed and so very overprocessed with chemicals.  Then came the 90s and we started to see the value of the natural look.  Then came the products!  Ways to make thin hair look thick, short hair look longer, and change the color without harming the hair.  At that point, we were finally on the way to achieving a natural look with a focus on healthy hair that looks good.

Today, we are actually treating the hair.  We are concerned with the condition of the hair before we start cutting and coloring. We know that you can’t have good hair color on beat-up hair.  Sometimes that means we have to cut it before we can color it. Sometimes that means that a permanent color is not the answer.

So, did you travel?

My very first trip was to Toronto, where I was fortunate to spend 3 days in the Vidal Sassoon salon just learning haircuts!  Early on, I travelled to Boston to the John Dellaria salon, spent time there watching and learning. His style, and the way he went about being in the business was a big influence.

Later, when John opened a salon in SoHo, I visited that salon and became friends with some of the stylists.  Ultimately, those people were influential in my evolution as a business owner/hairdresser.

In London, the Chadwicks were a husband and wife team who had a big influence on me. In fact, that’s where I met Carmine Manardi. Over the years, Carmine offered in-salon education, and I took part, and have had Carmine to my salon many times over the years, providing education to the stylists who work with me.

I also met Beth Manardi there, and we remain friends today.  She is a colorist who has trained all over the world and has given workshops at my salon many times over the years.  Beth always says, some things, only the scissors can fix.  So, once again, we come back to the point that a great cut is the foundation for a great hair look.  But Beth is a fantastic trainer for our stylists who specialize in color.  Once they master the great cut – the foundation, their training with Beth allows them to enhance that cut with great color.

How did you build your career?

In the beginning of my career, I worked alongside my dad, and he gave me the good advice to “go and learn.”  Because he was in the business, he encouraged me to go learn from the best people, to travel, and to pay attention to what’s happening and not rely on the way it has always been done.  He told me if you want to be good at something, work beside someone who is doing it well.  I took his advice to heart.

You are from a family of hairdressers, right? 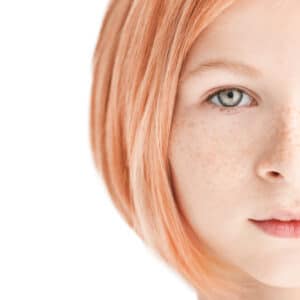 Yes.  My dad’s oldest brother was 20 years older than him, and he was a barber, so that inspired my dad to get into the business.  My dad, Carmen Alberta, is now 86 and he’s still in the business.  He continues to stay current and is still “behind the chair” so I’ve had a good role model. I attended the Pittsburgh Beauty Academy in 1974, and I’m still in the business, and my sisters Debbie Mace and Denise Grudi are both hairdressers. They work with my dad at his salon, Carmen’s Hairdressers, in Washington, PA.

“’Cause you know sometimes words have two meanings.”

“Now it seems to me some fine things have been laid upon your table, but you only want the ones you can’t get.”

“The cut is the foundation, and we build from there with color and good quality products.”

“If you have knowledge, let others light their candles in it.”

“Sometimes you have to shock the eye to open it.”

“Time can bend your knees.”

“We want the client to leave the salon with healthiest hair possible, a superb cut, and a beautiful rich and natural looking color, and a plan to keep it that way.” 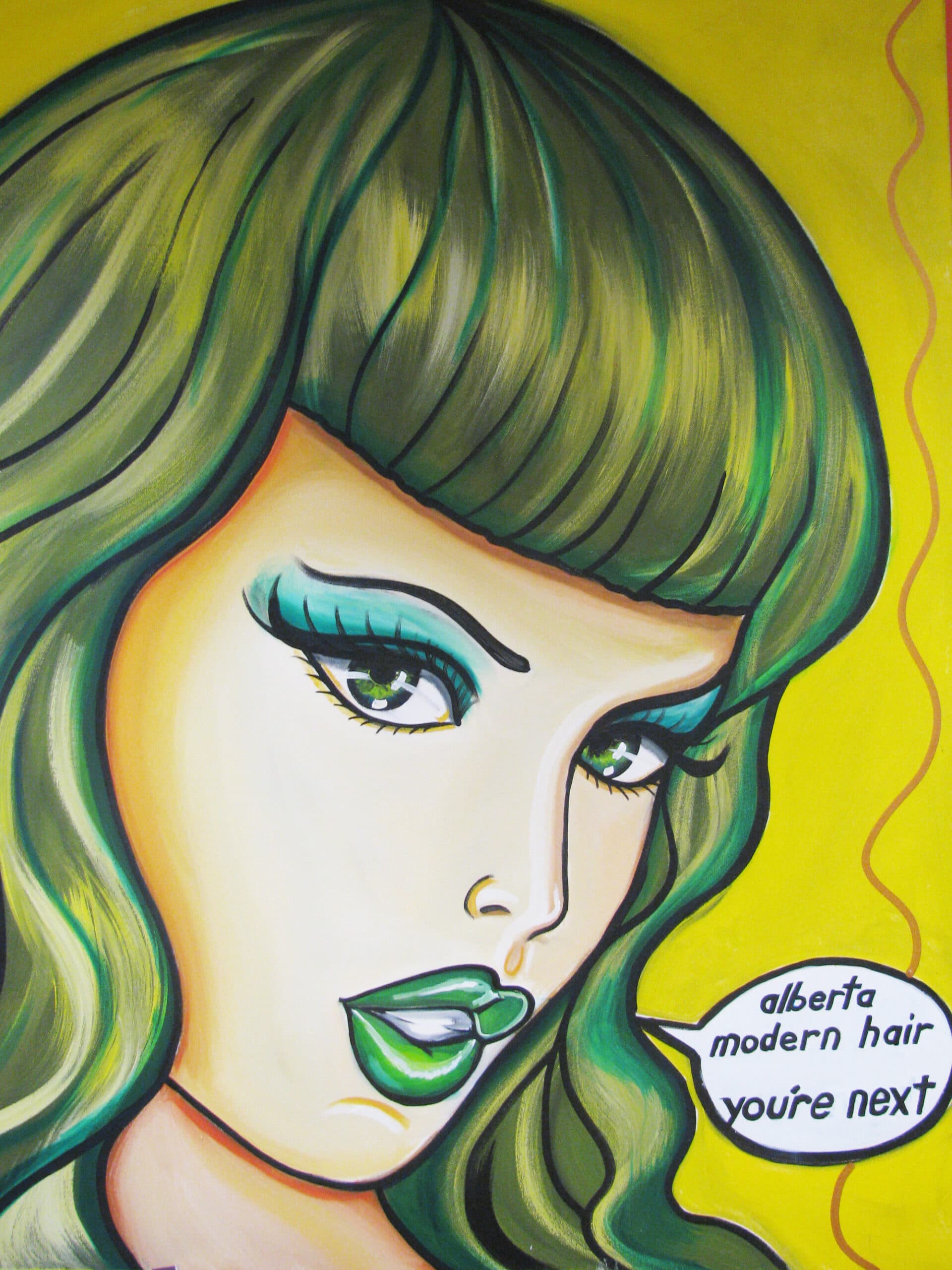